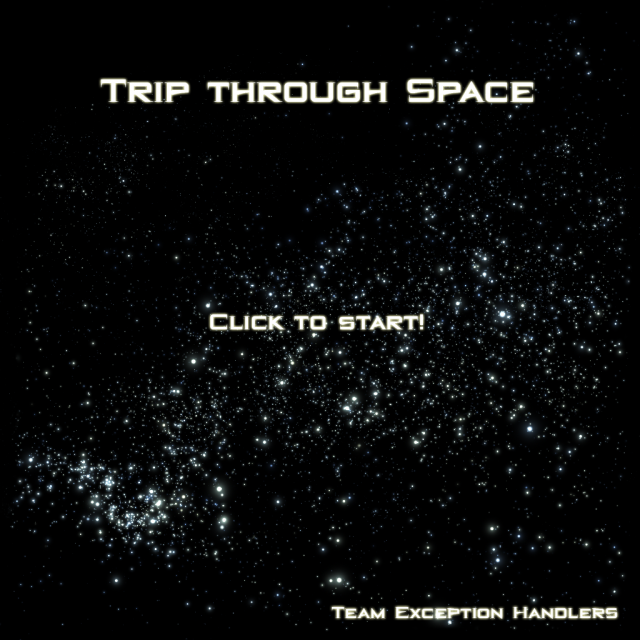 The weekend of 16th-17th Nov my friend and colleague @GordonBrown589 and myself proudly represented Codeplay Software at GameHack – idea was to create a simple and fun game within theme in under 24hrs.

The theme was “childhood”.. well.. we still created fun game using awesome technology that is OculusVR.

There are some of the screen shots.. Game looks much better with VR set! 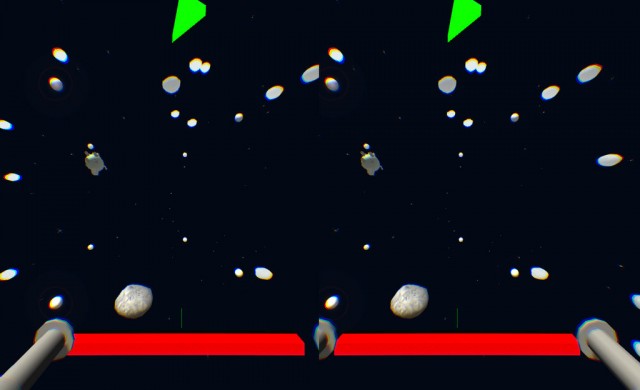 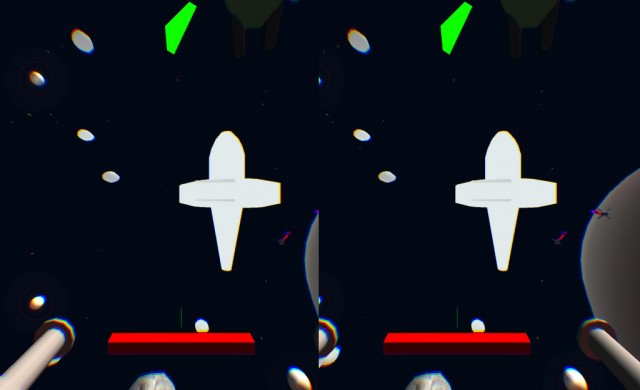 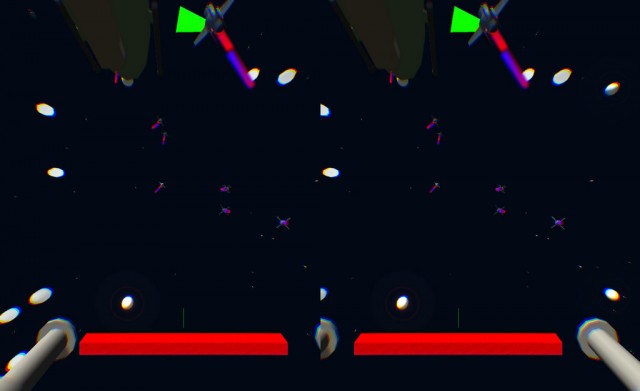 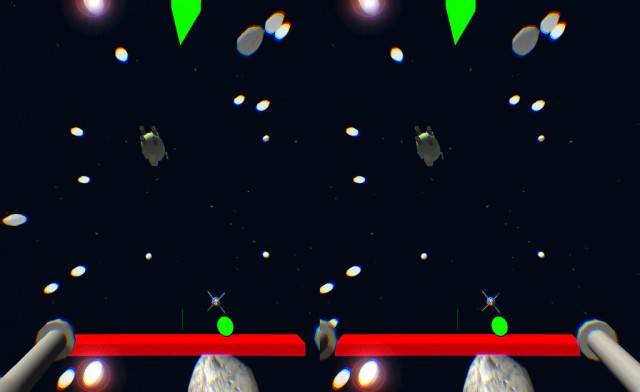 some progress of Graphics Programming coursework – pause screen and rotation. At the moment buffer of vertices is regenerated each frame – need to switch to DYNAMIC_DRAW. 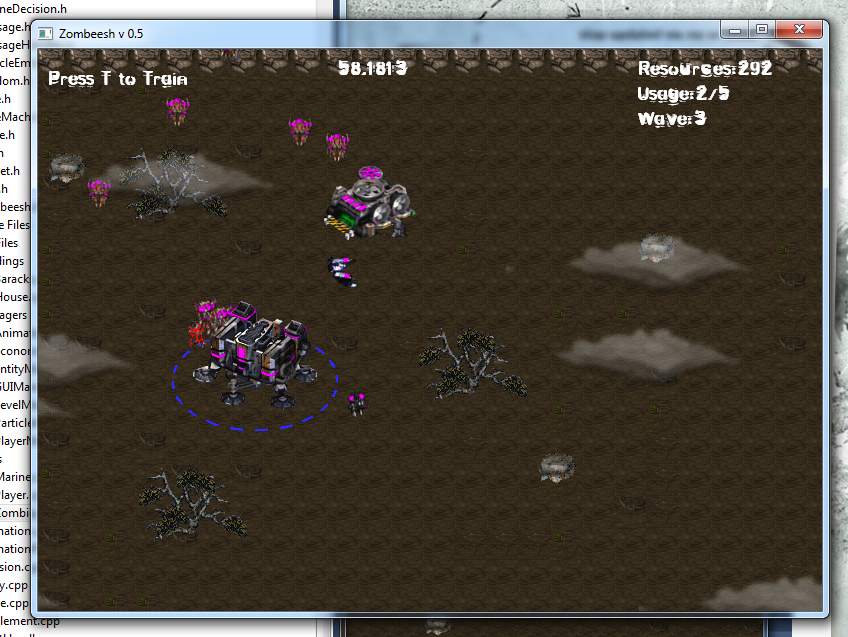 After that 24years I have realized one very important thing.. I suck in the reports. 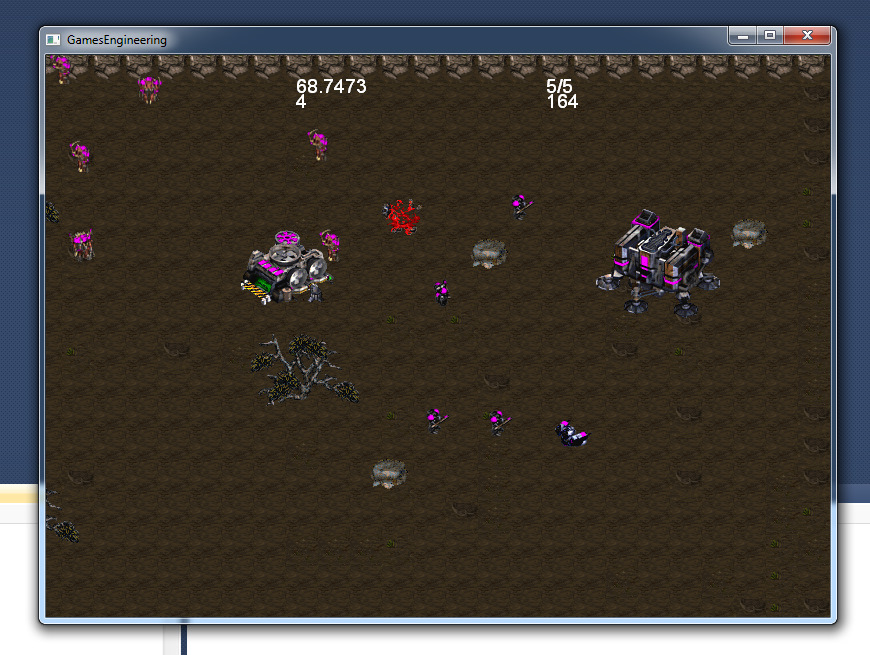 Huzzah! Game as it should be is pretty much finished – well there is always something that can be added, improved or modified – but as far as I am considered  game should look like it looks atm.

Obviously, it needs final touches – tidying up GUI for instance.
and before handing it out I still need to improve zombies’ behavior, add some more animations, and most important implement behavior module into marines class.

but as I mentioned – I am pretty happy with what I have done.

Economic system is an interesting one.

We start with 500 coins, or whatever it is 😉
then every 10 seconds we add x into the pull – where x is defined by 5*number of houses – number of marines. – I was thinking a bit about that and it seems to be a reasonable solution.
as well Limit system has been added – into economics manager class – to avoid negative values for income and other issues. our population limit is 5 times number of houses – note: scv is excluded. Yes, I know it is a bit weird but lets say SCV is not a human ;P

yes I know I haven’t done much this week but in my defense – I am sick and on Saturday I was in Dundee – Games in Scotland – pretty awesome event where teams such as Veemee, Codeplay or Digital Goldfish were presenting what are they doing and who they are looking for in terms of employment.
Some photos below: 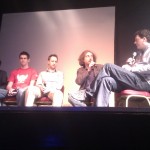 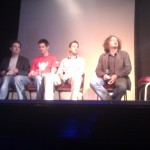 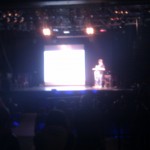 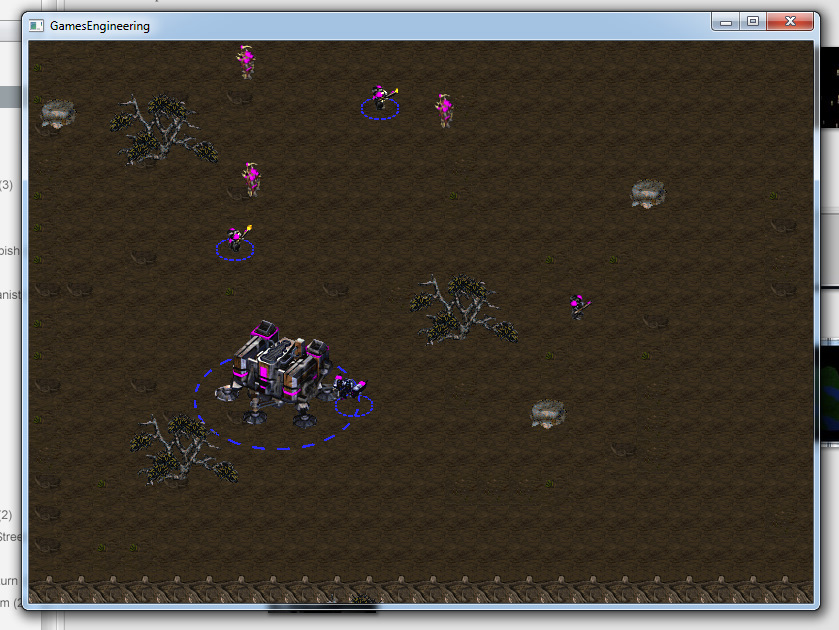 last week I have improved collision detection between zombies – now I am trying to implement one universal.
New animations added for marines – shooting and die.
Additional content – stone and tree,
tile set has been changed to nicer one,
behaviour manager implemented for zombies,
range added to marines,
different collision added for different types of entities,
live variable added to SCV, Marine, Zombie

Current issues I have is marines formation – not sure how to solve it yet.
When more than one marine is selected and destination location is selected – collision detection is not applied correctly. the can stand at the same place at the same time. 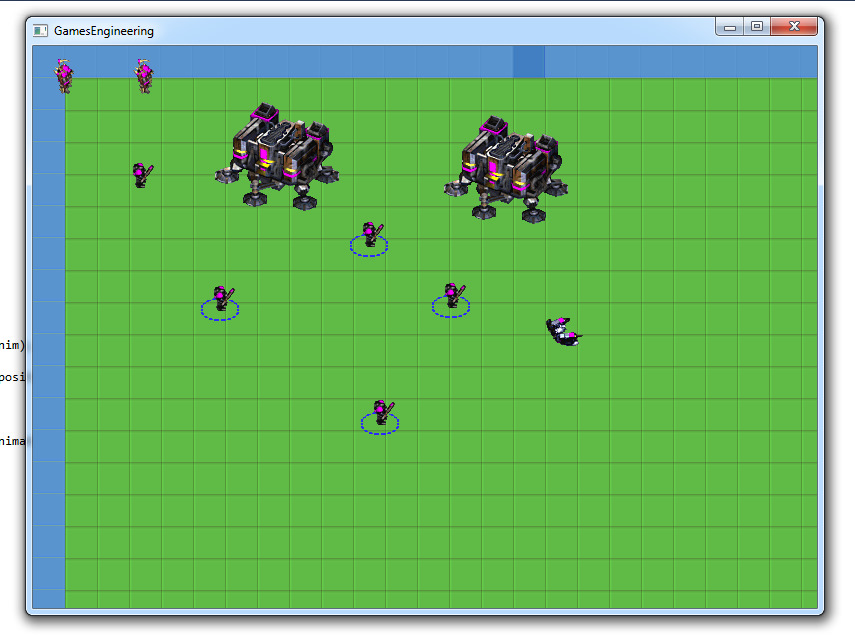 Finally I have prototyped pouching units system – it uses messaging system, however I am having weird bug, when I am getting more marines animation for them is speeding up. I am wondering if it is caused by using pointer to the animation.. well it shouldn’t, should it? to be fair animation system was designed for animating single instance of the object but still.. it should be flexible enough to handle that.

I haven’t tested that on buildings yet… – memo added 🙂

the scenario is:
when single building is selected we can press “T” to train marines, atm. it is done instantly and target location for new “trained” unit is set to fixed location.

there is loads to do.. argh.. damn you father time! why one day has only 24hrs?!